Charts of The Week

Charts from the past week that tell a story about the markets and economy.

The Housing Market Explained
The rise in interest rates have continued to make owning a home more unaffordable. During August, home prices had their largest monthly decline since 2009. This is just a small preview of what I believe we’ll see in the coming months as the market adjusts to 7% mortgages. 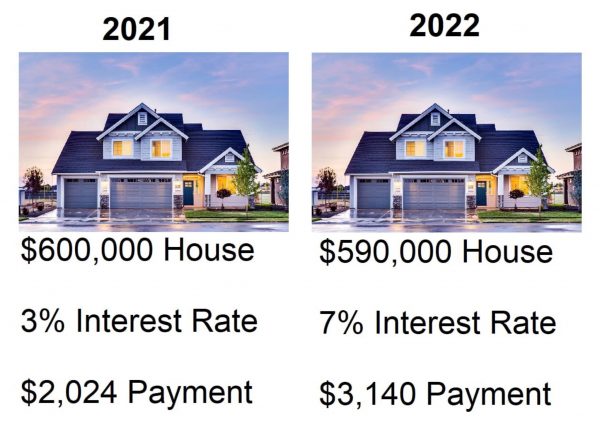 Higher Yields
One positive of higher interest rates is that yields on bonds are becoming more attractive.

Starting yields on most fixed income asset classes are near the highest we’ve seen in over a decade. One year ago, the 10-year Treasury yield was under 2% and now it is around 4%.

Stocks Bottom First
Unlike real estate, stock prices change much more quickly. Overweighting today’s news, good and bad, can get investors in trouble because today is already priced in. The stock market almost always bottoms well before a recession is over, and sometimes before we even know that we’re in a recession.

To hammer this point, the chart below shows six different major economic downturns since 1950. In all six instances, the stock market started rising off bear market lows before the economy turned around. 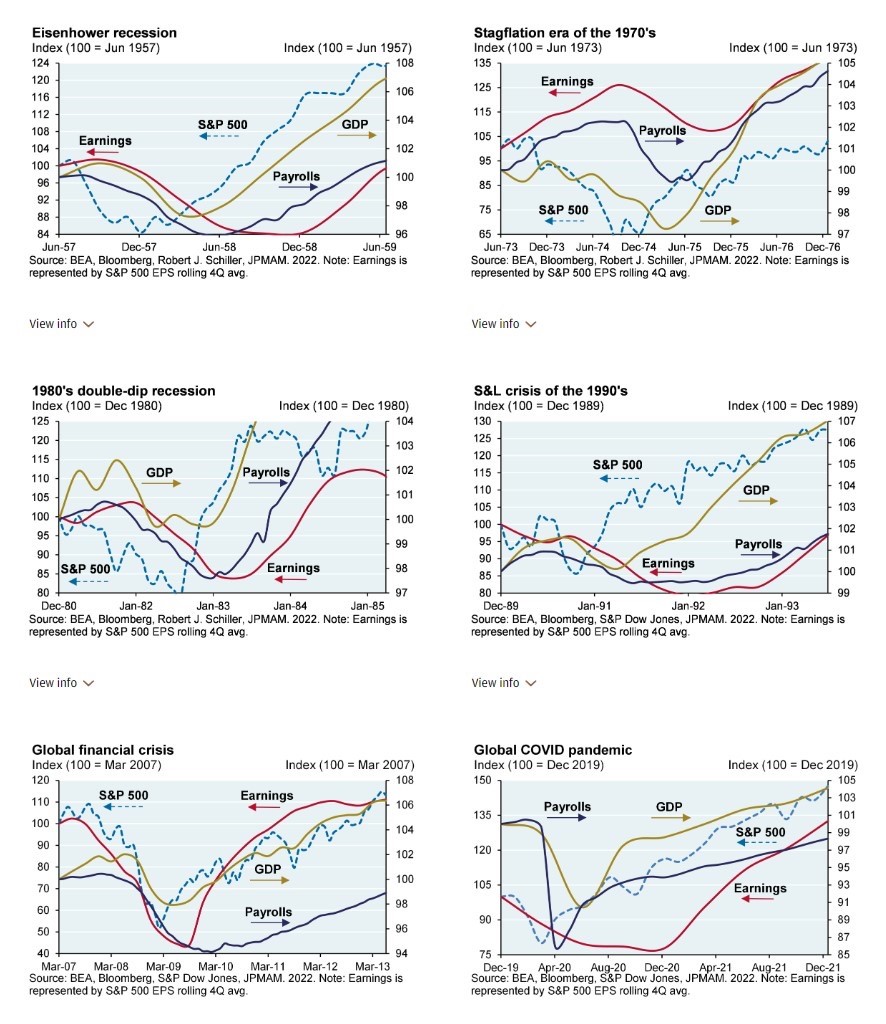 A prime example of this was during 2020. The stock market had already bottomed, and unemployment was continuing to get worse.

Bad Month for Bears
This could go down as one of the best months ever for the Dow, currently up 13.5%. October is living up to its reputation of being a potential bear market killer. The last 6 of 15 bear markets ended in October, more than any other month. Is it possible we saw the bottom? 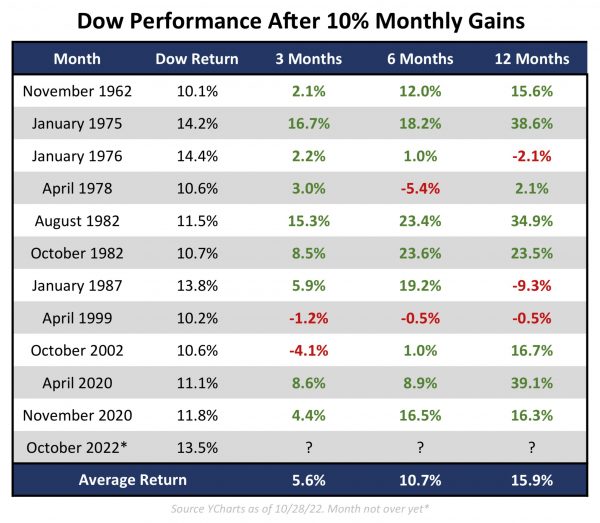 Pay Raise for Retirees
Amid record high inflation, Social Security beneficiaries will get an 8.7% increase to their benefits starting in January 2023. This is the biggest percentage increase we’ve seen in a calendar year since 1982. 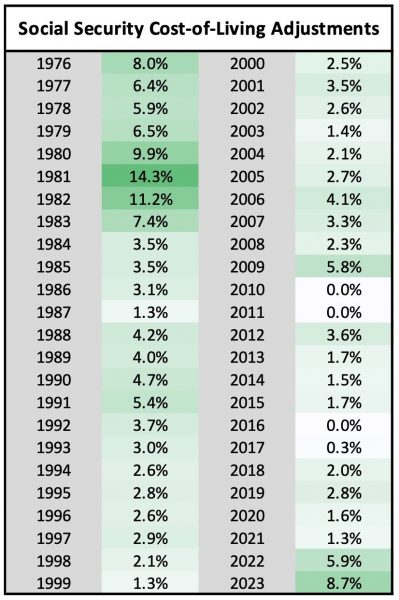 And that’s it for this week. Please continue to follow our blog for the latest updates on what we see in the markets and economy. Have a great weekend everyone!

Chart on market and economic performance during recessions from Eye On The Market, Michael Cembalest, JPMorgan

The opinions voiced in this material are for general information only and are not intended to provide specific advice or recommendations for any individual. All performance referenced is historical and is no guarantee of future results. All indices are unmanaged and may not be invested into directly.

This is a hypothetical example and is not representative of any specific situation. Your results will vary. The hypothetical rates of return used do not reflect the deduction of fees and charges inherent to investing.