Election Impact on Your Portfolio

Are you worried how the election may affect your portfolio? With the election just weeks away you can expect to hear many different opinions on how the president will affect the market and economy. Many people on the left believe Trump is bad for everything and many people on the right see former Vice President Biden the same way. Neither president will be great or awful for stocks.

It wasn’t long ago that people were saying “A Trump win would tank the markets”. Even well-known names like Mark Cuban were predicting a market crash under Trump. Both were wrong as the S&P 500 has returned +55% during his term so far. (As of 10/13/2020).

Back in 2009, shortly after Obama’s term started people said “[His] Radicalism is Killing the Dow”. During Obama’s two terms the Dow Jones returned +148%.

As you can see, both predictions were entirely wrong. Many articles use click bait headlines and panic the average investor. As you can see below, the market has rewarded long term investors during both Democratic and Republican presidents. 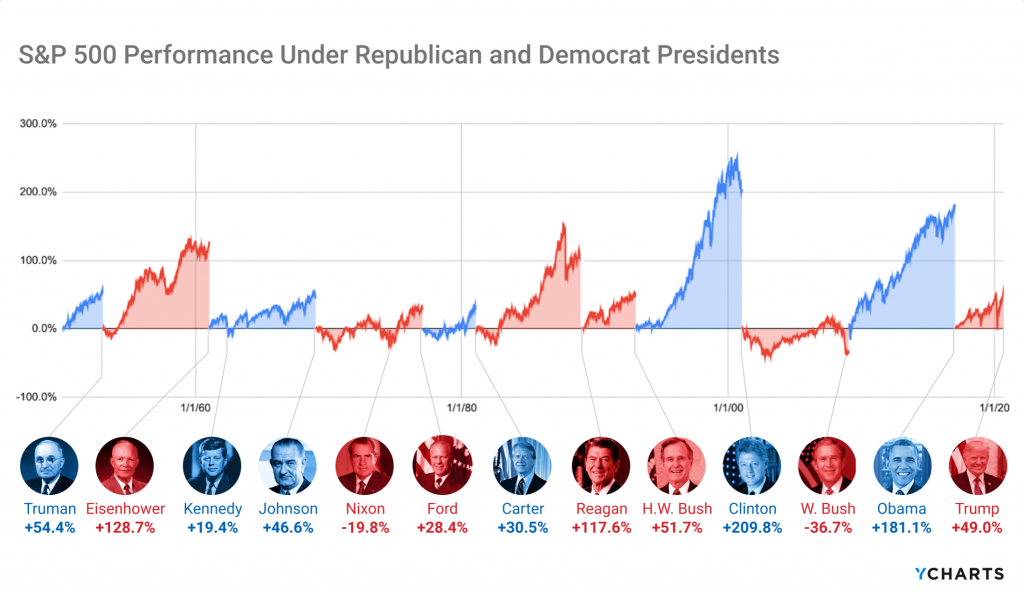 Although markets generally go up in the long term, no president has been able to stop market drawdowns. The last 15 presidents have seen an average drawdown of -33%. 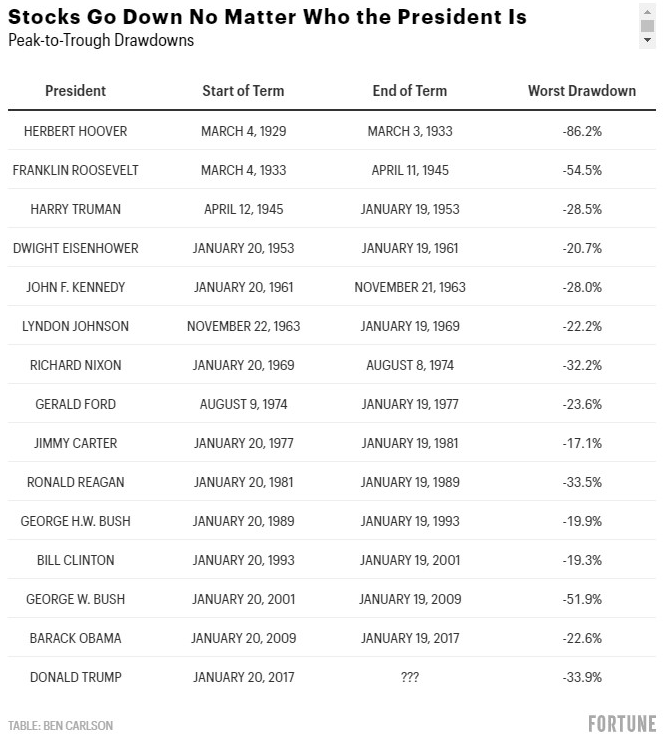 If you would like our recommendation on your portfolio or financial plan, please email me at george@pmgwealth.com or call 847-550-6100.

Past performance is no guarantee of future results. This content is for informational purposes only and not a recommendation to buy or sell a specific security. The opinions voiced in this material are for general information only and are not intended to provide specific advice or recommendations for any individual. All performance referenced is historical and is no guarantee of future results. All indices are unmanaged and may not be invested into directly. All investing involves risk including loss of principal. No strategy ensures success or protects against loss.